A walk around the neighborhood

So, after having recently read "The Happiness Project" by Gretchen Rubin, I was inspired by her attempts at "living in the moment" to take a walk around my neighborhood. I think there is something to be admired in the ability to savor seemingly insignificant moments of life. And how there are a lot of aesthetically rich things that on first glance seem too obvious to be noticed. So let's start at the start: The House 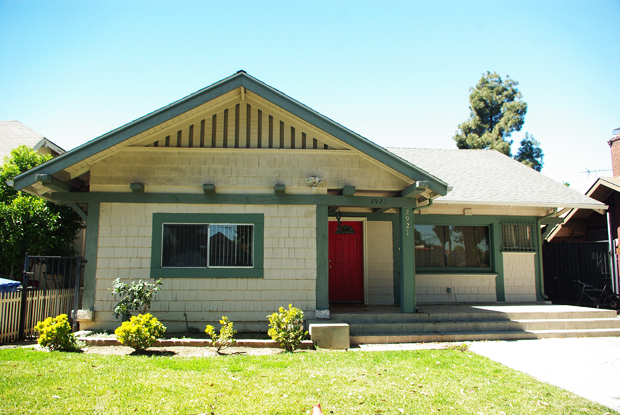 This is where I currently live. Built in 1909, it is an American Craftsman Style home with an appraised value of $282,000, which I currently rent a room out of for about $700 a month. There are actually a number of these homes in the neighborhood, about evenly spaced out, indicating what the original plot sizes were. It takes some imagination, but it's fun to think about what this neighborhood must have been like in the early 20th century. 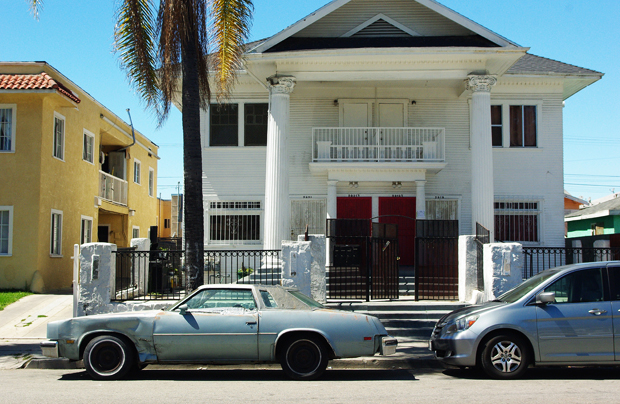 Today, there are many other styles of architecture that fill in the gaps. Spanish colonial stucco boxes, the occasional Victorian, and even Neoclassical White House replicas. It all reflects Los Angeles' motto: Built whatever you want, wherever you want to. Other LA Themes: Poverty embellished in luxury, in-your-face diversity, eccentricity. 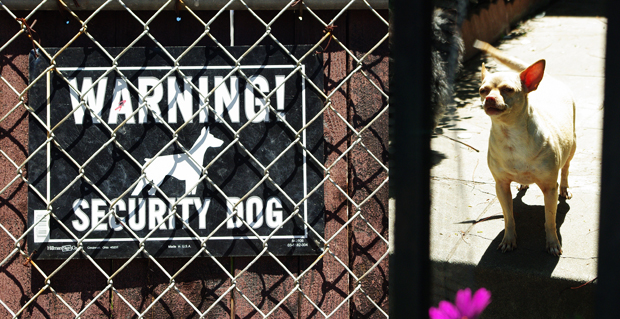 The distrust of the city seeps out in exclamatory signs people post in front of their homes. Warning! security dog. No trespassing! Thankfully, an occasional guard chihuahua sheds a comical light on it all. 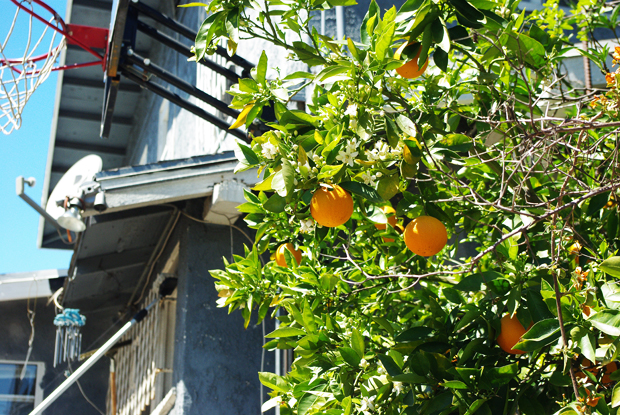 These very scattered grid of houses are actually very dense with nature. Comparing the size of the trees in front of each lot is an easy way to gauge the age of a house. What's very pleasant is the frequency of citrus trees. Although, maybe not after watching the Godfather. 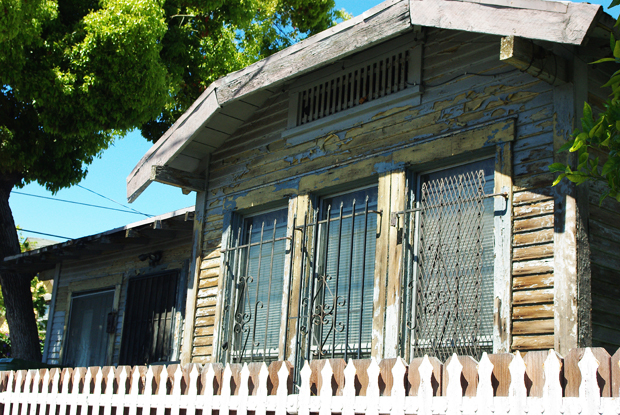 Although at first it feels a little unsafe to *not* be surrounded in complete McMansion homogeneity, the uncouth nature of the neighborhood makes for a great walk. Seeing the diverse textures of different ages of paint, all coated in with the stains of city grit. You never know what you're going to see next. 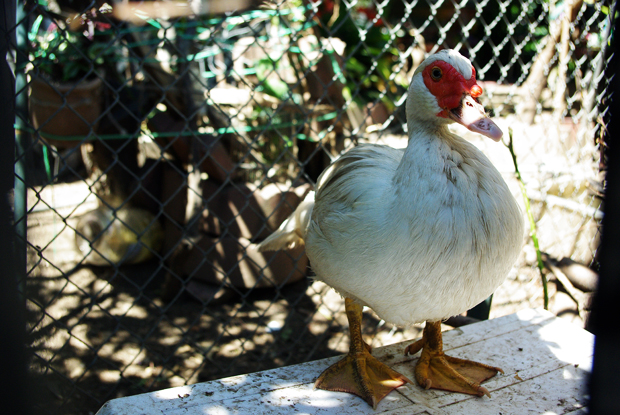 One example is the literal animal house two houses across from where I live. Their property is home to a number of ducks, rabbits, exotic birds, and chickens. Something you'd never find in typical suburbia. 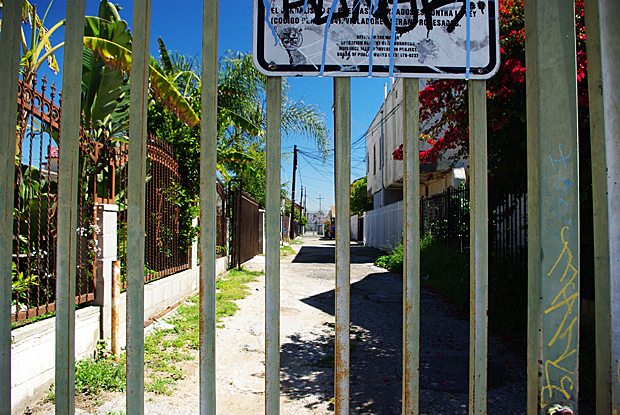 Of course, some parts are off limits. The occasional restricted alleyway adds to the mystery: What has this alleyway seen in the past century?