Just spent the last couple hours on this bug where Tint was returning 502’s when users try to add twitter accoutns. It turns out that Nginx has difficulty handling requests with large headers. Passing twitter id’s using cookie-based sessions was enough to result in mysterious 502’s.

Solution: Put the following in the nginx.conf

In other news, today we launched lakersnation.com, and here is a graph of servers undergoing some load. 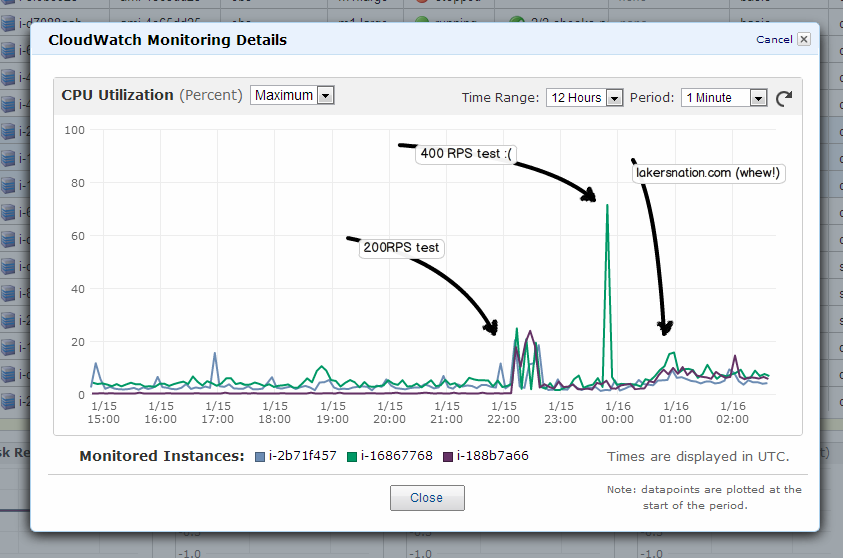 The new load was successfully handled and fistpounds were had.