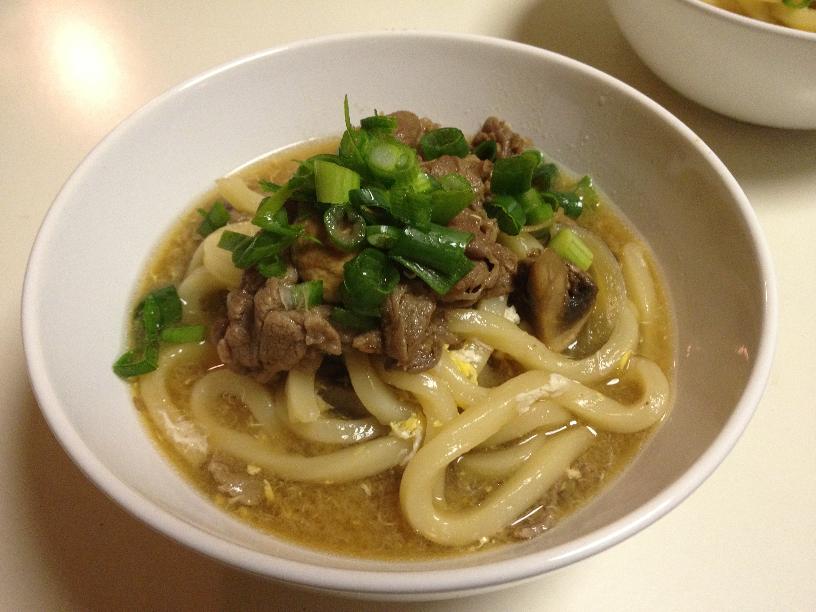 Sukiyaki Udon is what you make if you have leftover sukiyaki and have some frozen udon in the freezer. But, it’s tasty enough that it’s worth skipping the first step and making mini-sukiyaki in order to make sukiyaki udon. Fantastic for cold weather and rainy days.

** Note: I usually adapt what I make using a number of recipes and taking the average, but this recipe is where I got most of it from. Also this nabeyaki udon blog post had some nice photos I enjoyed. **

(Make a mini-sukiyaki to be put inside the udon) 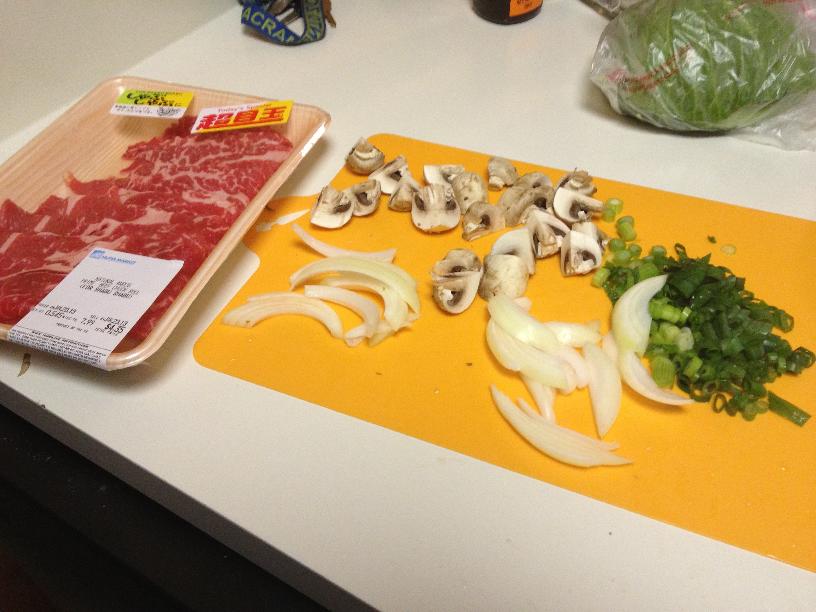 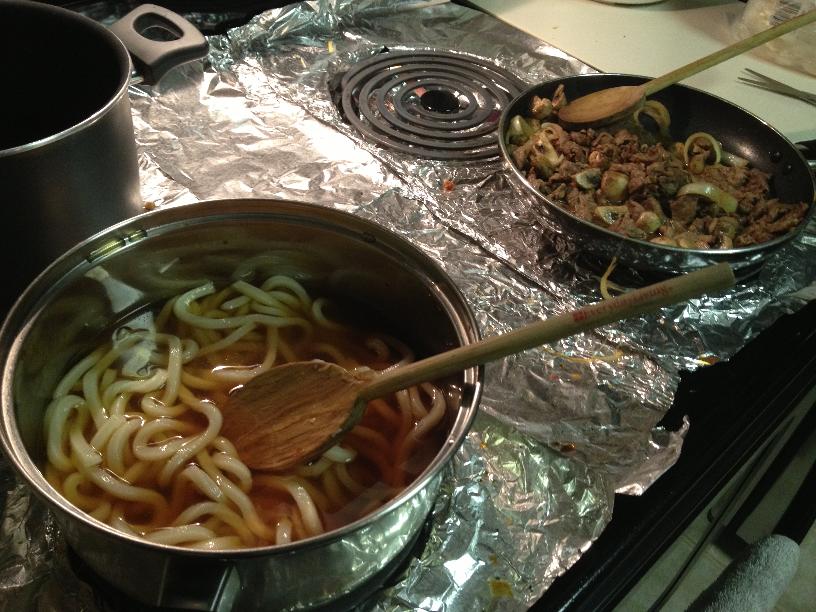