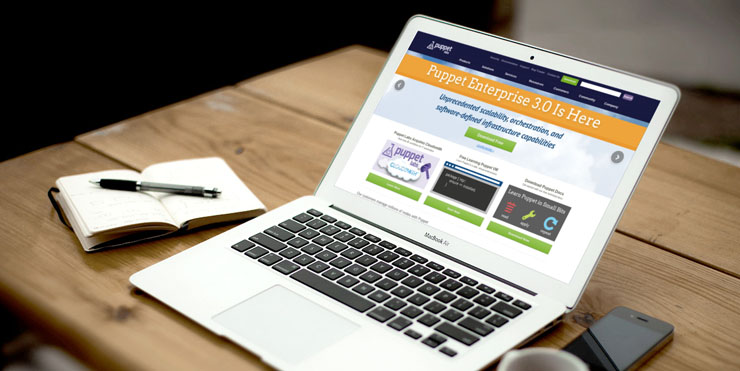 Being a part of a small development team working on a growing product, Nikhil and I both have to be our own sysadmins. And for the past couple months I have struggled with the growing amount of time we spend configuring a server to an application up and running. Everything from SSH, Users/Permissions, Networking, Middleware, and the plethora of application dependencies can make any server configuration a headache of unportable spaghetti mystery components. So I began to search online for a better method than manually configuring everything and dumping random commands into a shell script.

I was delighted when I found out that there are many production-ready tools to help automate such tasks. The one I decided to use was Puppet, mostly because I read that it was easier to learn than Chef. Much to my delight, I was able to successfully use Puppet to transfer our webapp from AWS to Rackspace, and in the process, make it easy to transfer to any arbitrary server in the future.

Why is it better than a shell script?

In the end, I highly encourage exploring the use of this tool if you’re spending more than an hour configuring a server. Being able to have a fully configured node by cloning a puppet manifest repository and running a single command is a wonderful feeling.