Building for mobile is challenging. Building widgets is challenging. Building widgets for mobile is especially challenging. Since the release of Tint ten months ago, we’ve iterated our widget loading strategy a number of times. First, we started out with a straight iframe embed that we put on our first customer’s sites. That’s when we realized our first mistake: assuming that iframes work in every browser. It turns out that mobile browsers have serious differences with desktop browsers in rendering iframes. Below is a description of how iframes are handled on each platform, and the strategies we use to make sure things render correctly:

How iframes load on desktop, iOS, and Android 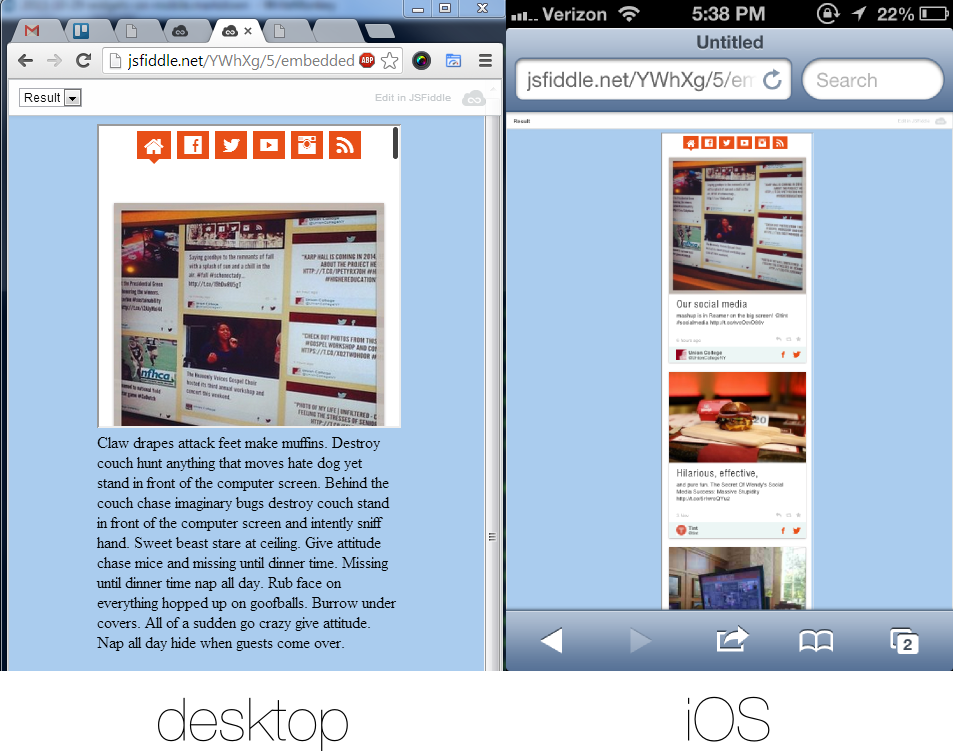 Link to the fiddle

Performance bottlenecks are more pronounced on mobile because of a number of constraints including: slower JavaScript evaluation, increased latency, and lower limits on the of simultaneous requests a browser can make. Therefore, it is key that a widget as large as ours keeps these factors in consideration. Here are some things that we’ve done to keep things smoother on mobile: